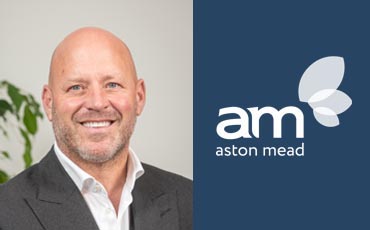 Recruitment crisis in construction means we need a return to the YTS, say Aston Mead

Land & Planning Director Adam Hesse thinks too many school leavers are automatically opting for a university education, regardless of whether it’s the right choice for them, while ignoring the possibilities that a job in construction offers.

He said: “The latest figures from the British Chambers of Commerce indicate that over three quarters (76%) of British companies are struggling to hire new staff and the construction industry has been hardest hit.

“At the same time, the number of British 18-year olds aiming to go to university directly from school continues to increase at a record pace and now stands at unprecedented levels. This may be a boon for the world of academia, but in the real world, we need to make sure that some students might not be better off considering training for employment instead.

“Many of these youngsters still don’t know what profession they want to follow even after they’ve completed their degree, and have delayed getting a qualification as specialist plumbers, electricians or bricklayers, which could help secure them a six-figure salary, every likelihood never to be out of work, and no student debt!

“The problem is that without a radical boost in employee numbers in the building trade, we will never hit the 300,000 new homes needed across the country each year. It’s all very well the government setting a national target – but without enough people in the profession to carry it out, that figure is never going to be reached.”

Adam Hesse says that for the past few years the world of construction has suffered an identity crisis, with potential employees unaware of the vast range of professions it covers.

He explained: “We need to make jobs in construction sexy again. Its image is too male, stale and pale – whereas in reality there’s a huge number of roles that come under its umbrella, with careers in digital technology being an increasingly popular choice for many young people.

“The trouble is, we’re now fishing for workers in a shrinking pool of talent. This inevitably leads to wage inflation – but we can’t keep increasing people’s pay and fighting each other for the right candidates. So, the profession also needs to up its game as far as offering a decent work/life balance is concerned.

“Above all, we need a return to something like the days of the Youth Training Scheme (YTS), helping young people train for a career, with up to two years of paid employment and a full grounding in their chosen profession. Training places would be guaranteed by the government, with a standardised form of certification at the end. Trainees could be recruited by employers, or via a training organisation, using employers as training placements.

“Make no mistake – the labour shortage is unquestionably the biggest fear for the industry in 2022. To prevent university being seen as the ‘default’ option for so many, we need to better sell the very real advantages of a career in construction. And without a serious input of government money into training, this will be a problem that will continue to haunt us for decades to come.”

Calum is the newest member to the Aston Mead Team. Having joined the property industry straight from school, he spent several years within a busy head office environment; followed by development sales.
The land and property sector has always been a natural interest for Calum, and he is keen to expand on this whilst being able to close some Land deals. In his spare time, he enjoys working on his own renovation (although his partner wouldn’t agree he’s any good!) Whilst he is a proud dog father to Bella!