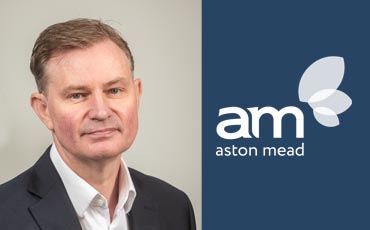 Pause to planning reforms will lead to hiatus in housebuilding, says Aston Mead

Leading land agent Aston Mead says the government’s decision to put its flagship planning reforms on hold will lead to a slow-down or even a halt in the construction of new homes in the near future.

The announcement to pause the biggest shake-up in the planning system in England for 70 years was made by new Housing Secretary Michael Gove, who replaced Robert Jenrick in a cabinet re-shuffle last week.

The changes would have forced all councils to draw up 10-year plans, with land designated as ‘protected’, ‘renewal’ or ‘growth’. In growth zones, any proposal meeting the local design code would have been waived through without the need for specific planning permission.

Aston Mead Land & Planning Director Richard Watkins said: “Putting these reforms on hold now makes it unlikely that the government will meet its target of building 300,000 new homes a year. Uncertainty like this means housebuilders will sit on their hands because they simply don’t know what’s going to happen next.

“What is certain is that things need to change. The problems with the planning system that were identified in the government white paper are still there.

“Everybody also agrees that we need to build more homes in this country. But while there’s a lack of decision about how exactly we do that, housebuilders will simply watch and wait. And while they wait, some new homes will simply not be built.”

In 2020, research conducted by the BBC found the difference between current housing stock and the number needed for everyone to have a decent home to live in is one million properties.

Richard Watkins added: “The current planning system is absurdly inefficient. It allows some local authorities off the hook when it comes to housing targets, and gives individuals a vast array of options when it comes to objecting. Of course, there’s also the danger that delays in removing obstacles to home-building will mean the prices of rentals will rocket.

“Michael Gove is the most high-profile Housing Secretary in years and has a reputation as a radical reformer. At the moment, we will have to wait and see whether he will cause winds of change in the industry and genuinely deliver what is needed, or instead opt for the sort of compromise that will leave house building in this country languishing in the doldrums.”